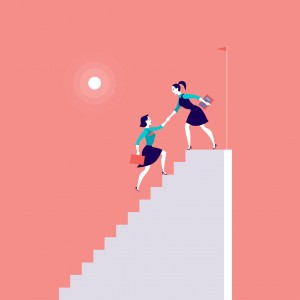 Never Give Up On Your Dreams

When Sapna A. left her home early that cold morning, she knew she was not coming back again. All she could tuck into her small bag was some documents, her ID, and the little money she had saved from her work as a teacher. Only her sister knew where Sapna was headed. A few hours later, Sapna was on her way to neighboring Pakistan. Deep inside, she believed that the decision to flee was in the best interest of the whole family. She had endured months of intimidating letters slipped under their door by radicals. The letters threatened the family with “dire consequences and great harm” if Sapna continued to work as teacher trainer encouraging girls to finish their studies and to not accept marriage and motherhood as their only mission in life.

“I told my sister I will never heed those threats. I can’t burn all that I have built up.”

In Pakistan, Sapna stayed with the family of her cousin, who Sapna describes as an open-minded guy. He gave her all the support she needed to reach out to UNHCR. Sapna’s asylum case was processed as an emergency case. Soon afterwards, five countries, including the U.S., granted Sapna asylum. Today, Sapna lives in Aurora, Illinois, and hopes to be reunited finally with her family in the U.S. in the near future.

With the arrival of hundreds of Afghan evacuees to the U.S., Sapna feels a new task is lying ahead. As an interpreter for the World Relief organization, Sapna tries to knock down cultural and language barriers between humanitarian agencies and the distraught newcomers. Every day, she receives phone calls mainly from women asking her to escort them to doctor’s appointments or fill out various forms.

“I see that those women are struggling because they don’t speak English and know nothing about the U.S. healthcare system. They tell me they feel more comfortable when a female is interpreting for them. They ask me for help, and I can’t just walk away.”

Sapna got her bachelor’s degree in biology from Northern Illinois University and today is preparing to become a certified medical interpreter, and hoping to become a doctor herself one day.

“Never give up on your dreams,” Sapna tells the little Afghan girls she recently helped enroll in an American school. Today is their first day at school. A girl standing in line shyly waves goodbye to Sapna. Sapna waves back, and takes a quick glance at her watch before she jostles out of the building.