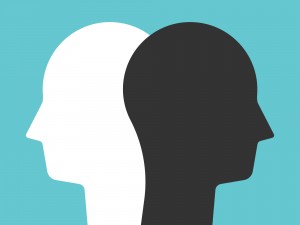 He Had to Lead a Double Life

Before moving to the U.S., Farhad N. had to lead a double life. Born and raised in Kabul, Afghanistan, Farhad worked in a security company that escorted convoys of USAID and other American agencies working in Afghanistan. But only Farhad’s wife knew that. For friends and neighbors, Farhad was merely a man who did odd jobs in a nearby village.

Speaking English in public would mean risking his life and the life of his family, as would working for an American company in a country torn by political turmoil and insecurity. “That chaos reflected even on our choice of what to study. We were not free to be what we wanted to be,” Farhad said from his home in Virginia where he moved with his wife and three children in 2016 after they had been granted a special immigration visa.

In January of 2019, Farhad had to return to Kabul to see his sick mom. He recalls how he had to disguise himself and sneak into his parents’ house during that short visit. Farhad still hopes to return to his hometown one day, but in a country that is to date far from stable, that may still be an unattainable dream.

Today, Farhad works night shifts as an Uber driver and enjoys the flexible schedule that offers him more time with his family. His eldest daughter is graduating next year from college, a dream Farhad has always wanted to see fulfilled.

“Here I feel I can achieve anything, and I want my children to have the freedom I did not have: to be what they want.”

Farhad did not seek to have his bachelor’s degree in business administration evaluated or get an equivalent degree from an American university. Instead, Farhad wants to pursue his passion for English to become a medical interpreter. When his daughter once became ill, he remembers how hard it was for him to explain her condition to the doctor.

“I am determined to learn to be a professional medical interpreter. I believe it is vital, especially for those who are new to the healthcare system here. It can be really frustrating if you move to a new country and don’t know the language,” Farhad says.